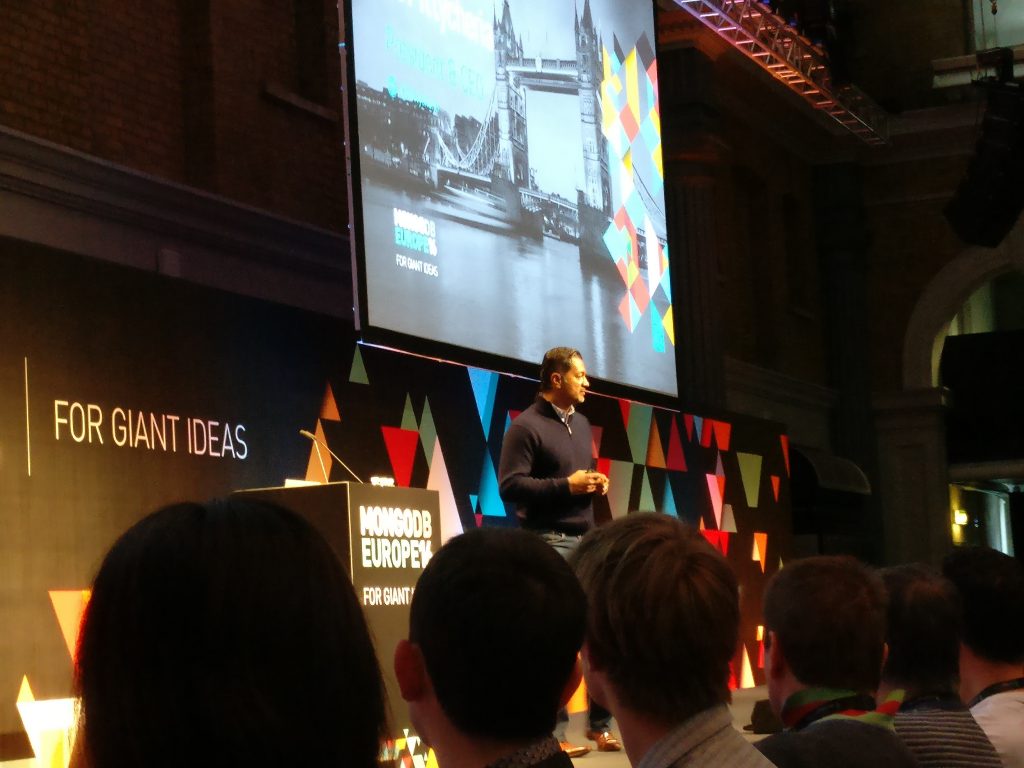 I bought my ticket on July and at the beginning of August I booked the flight and the accommodation.

Firstly I thought about being in London from 13th to 19th of November, enjoying the city and improving my English. However, as I was going to begin working in a new job in September I decided to be in London only from 14th to 16th.

Once I knew how many days I was going to stay in London, I booked the flight via internet. Ryanair was the company which best fit my requirements. At the same webpage I could also buy the ticket for going from the Stansted Airport to Liverpool Street Station and the same for the return. It was very comfortable to do it at that moment. The plane ride was not very comfortable due to the narrowness of the seats.

I looked at the hotels recommended by MongoDB but I wanted to try Airbnb. I could find a flat very close to the place where the event was going to take place, only 15 minutes walking. Airbnb worked well and the owner of the flat was always very friendly. I liked the experience but I think the next time I will chose a flat in which the owner lives in, in order to spend my time with him/her to learn his/her culture.

The most important was done, it was the turn to wait. I do not know why, but I always forget some details in my travels, It must be that I need a little excitement. Anyway, my time in London would be very short because I would arrive in London at 14:00h on Monday and I was leaving about 12:00h am on Wednesday. On Tuesday I would attend the MongoDB event the whole day. 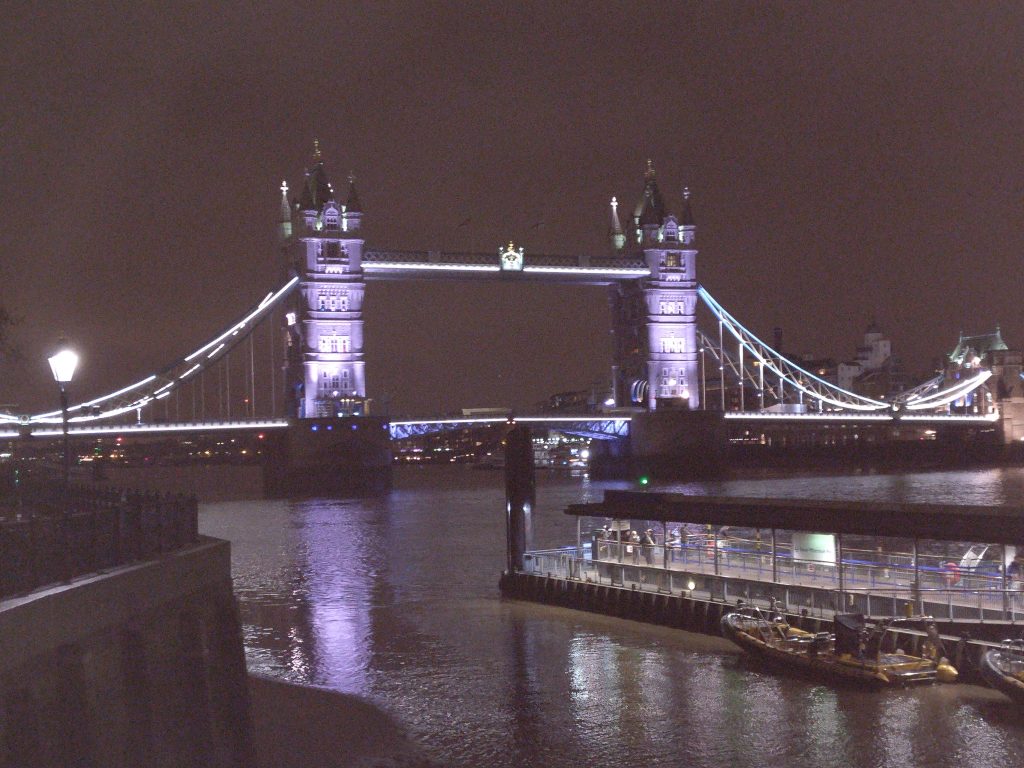 On Saturday 12th, only two days before travelling, I thought that a good option to know the most important places in London would be to take a tourist bus. At the url of VisitBritain Shop I could get the ticket. Also, at the same website I bought the ticket for the London Eye, whose visit was required by my youngest daughter, she wanted me to take photos from inside. The bus allows you, within the following 24 hours since you take it the first time, to use it as many times as you need. Even, to mix the four touristic city routes (this is the link to the four routes). This allowed me to visit those places I wanted. The other required place, this time by my oldest daughter, was the Sherlock Holmes Museum. Of course, I took photos in front of the Big Ben, a spanish leyend says that José Rodríguez Losada, native of León, was the clockmaker who finished the construction of the clock to the death of Edward John Dent in 1853. You can read more about the construction of it at the official website of the British Parliament.

I landed at the Stansted Airport at 12:30h on Monday 14th. A small and comfortable airport with a very good combination of buses and trains to London. At 14:00h I was at Liverpool Street Station, the closest to my residence. As I could not get into my flat until 16.00h. I decided to take the touristic bus in Tower Hill, next to the Tower of London.

I really enjoyed that tour, listening explanations, through headphones, about the city and its monuments and buildings. London is a spectacular and beautiful city with incredible buildings. The views from the London Eye are unequaled. The Sherlock Holmes Museum is very curious, awesome the Big Ben,… The first time you visit London I recommend you to take this bus in the morning, I think you will appreciate the city better with sunlight.

I wanted to go back to the same bus stop where I took it for the first time but the driver told me that the bus was going to end the tour at Piccadilly Circus at 18:30h. That was a good opportunity for me to go for a walk in the center of London. I thought about coming back to my residence by one of those beautiful taxies but I decided not to do it and walk, I did not know when my next time in London would be! I got into my flat at 21:30h and I had not had dinner yet. The only restaurant opened was a Turkish. 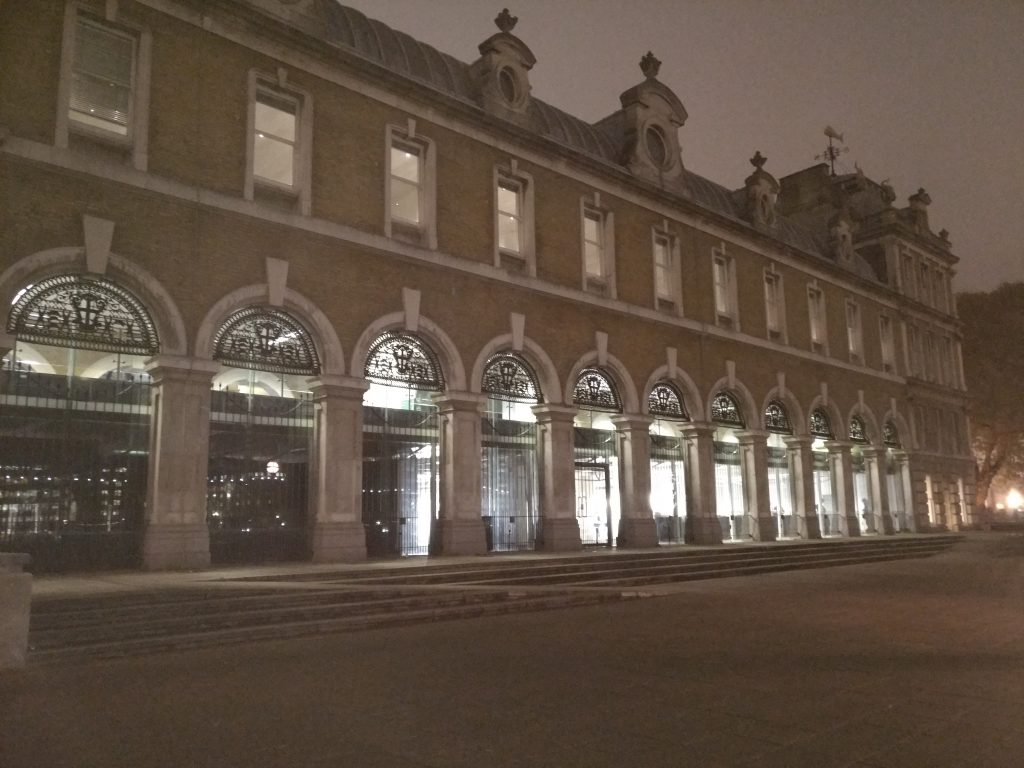 The day of the event I woke up early and had breakfast in a Starbucks near to the Old Billingsgate, a beautiful victorian building from the 19th century close to the Thames river. The first thing I did after the registration was to ask for a power adapter for my mobile phone. A very kindly security guard told me where to buy one.

At 9:15h, Dev Ittycheria, MongoDB CEO, kicked off the event. Eliot Horowitz, CTO and MongoDB Co-founder, talked about the new characteristics of version 3.4 and about the MongodB Atlas. Lastly, we could enjoy Brian Cox talk about the firmament and the stars. All of them were presented by Joe Drumgoole.

Since that moment there were talks at the three shards and the networking at the main hall. Drinks for everybody and a great organization. Also, I could enjoy 20 minutes of technical questions, at “Ask the Experts”, with Alexander Marquardt, one of the MongoDB Engineers. It was a pleasure to meet him!

One of my goals was to meet in person those MongoDB employees with whom I had contacted via social networks, MongoDB University, MongoDB Masters program or Advocacy Hub.

I could talk to Meghan Gill, she was charming to me and thanked me for my work at the Advocacy Hub. I was surprised when she recognised me!

One of my greatest joys was to meet Niyati Shah. We were talking each other and I could confirm what I already knew, she is a great person!

I could also meet Andrew Erlichson, one of the key people at MongoDB. I really enjoyed talking to him for several minutes.

I only could say hello to Meagen Eisenberg.

As I have already said in one of my tweets, what makes MongoDB great are its employees.

Of course, I also had the opportunity to talk to Raúl Marín, Rubén Terceño and Norberto Leite, friends of mine from the Madrid MongoDB User Group.

I could not meet Shannon Bradshaw, Paz MacDonald, Bryan Reinero and neither Asya Kamsky, whose talk was one of the most expected for me!

The event was a great opportunity to meet the people of BEEVA, and also the people of Paradigma Digital like Vicente Ayestarán and Ernesto Valero, whom I had speciall illusion to meet.

Ok, it is the moment to tell you what talks I could attend. These ones, all of them brilliant:

Before leaving the event we could enjoy some beers while networking.

That Tuesday was ended for me after having dinner after the event.

Wednesday was my last day in London. At 12:00h I took a bus to Stansted Airport. I woke up early and I could walk through the streets visiting some places and doing shopping until that hour.

The return trip was as expected.

It has been a great experience that I hope to repeat in the next years, including the MongoDB World 2017 in Chicago.

Thanks for reading the whole post, I hope it has been entertained.

Do you know the new MongoDB tool which lets you analyze your data, the structure of your collections in a visual manner […]

Hi guys! On november 18th, I had the pleasure to talk to my teammates about how to improve the performance of a […]

A new MongoDB meeting will be in Madrid on October 13th. In this occasion I will have the opportunity to talk about […]